Microsoft to out 7-inch Surface tablet in June 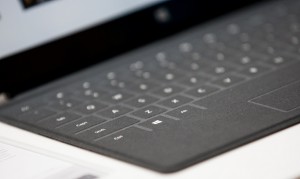 Microsoft, as you know, has been rumored to be working on a 7-inch version of its Surface tablet, but a new report suggests the company may be preparing to unveil it in June.

The second-generation Surface devices, to be kitted out with 7- to 9-inch displays, will be announced at Microsoft’s Build developer conference in late June. If the report proves accurate, then we can expect that Microsoft is preparing more than one Surface device.

There has already been word regarding an Xbox Surface device which popped up shortly before Microsoft’s official Surface tablet announcement last year. It sounds as though the Xbox and Surface teams have been working together on the company’s 7-incher plans ever since.

Microsoft is expected to launch a 7-inch Surface-branded tablet, with the company recently changing its Windows 8 tablet specifications to support smaller screen sizes. Microsoft has confirmed it’s working closely with OEMs to bring cheaper and smaller Windows tablets to market. There has been a leaked 8-inch Acer tablet, which suggests these types of devices are imminent.

Saying that though, imminent in which country? Us Brits are only just about to get the original Surface Pro.

Microsoft appears to be working hard on getting more devices out with continued smartwatch and Surface Phone rumors suggesting that the company is investigating additional devices.

I for one would welcome a smaller, and hopefully cheaper,  7-inch Surface device.