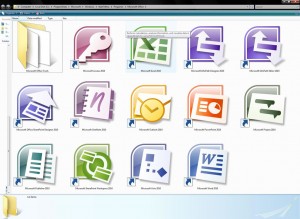 Microsoft Office 14 had a name change in January where Microsoft decided to stay with the release year name.

The next version will be called Office 2010.

Arstechnica has plenty of leaked screenshots of the upcoming Office 2010 which is supposed to go to testers in the next coupla months.