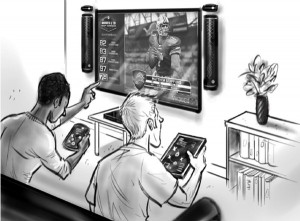 It’s pretty much a given that Microsoft wont release a new Xbox this year – but in the next 18 months? Well, another job posting says yes.

Microsoft revealed some software improvements at E3 which put any thoughts of seeing the Xbox 720 (or Xbox 8) this year completely to bed.

It does, however, look like we should expect a brand new Xbox within the next 18 months according to a recent job posting.

The Microsoft job ad reads: “Over the next eighteen months Microsoft will release new versions of all of our most significant products including Windows (Client, Server, Phone and Azure), Office and Xbox”.

Of course, Microsoft hasn’t officially announced anything although the big M was forced to mop up a slip this week after a Microsoft manager suggested that a “new Xbox” was part of a new wave of product updates arriving soon.

The Redmond monster stepped in and stated that the manager was referring to the upcoming dashboard update. Hmmmm… ok.

Remember that recent “Xbox 720” document leak which revealed plans for a $299 console with Kinect 2 and a lot of references to a next-generation Xbox in 2013? Now, that’s more like it 😉