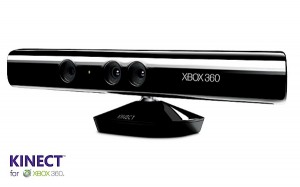 Microsoft has now gone official with the UK price of their body-sensing motion-controlled gaming doopher.

The Xbox add-on that the big M is hoping will kick the Wii and Move into the curb will cost the people of Blighty Â£130 for a Kinect Sensor to plug into your current Xbox 360, and one game – Kinect Adventures.

Games look to cost around the Â£40 mark.

What do you think to those prices? Well, bear in mind that the UK are suffering again with Brit tax – Buy the Kinect sensor in the states you pay $150 which is closer to Â£100.