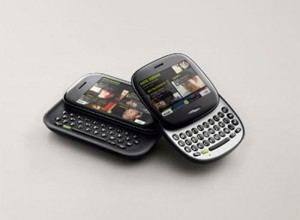 If you watched the webcast yesterday you will have seen Microsoft finally out its two new ‘Pink’ handsets whose mission is to offer the most complete social networking experience around.

Taking the baton from Danger’s Sidekick these “KIN” are squarely aimed at the younger users (under 25) that Microsoft has dubbed the “social generation.”

KIN ONE is a small touchscreen QWERTY slider that has a touch of the Palm Pre’s about it. It comes with 4GB of flash memory for storage and a 5 megapixel camera optimised for low-light (night club) use.

KIN TWO is the more traditional-looking QWERTY slider. It sports a larger, wider touchscreen. It has 8GB of storage and an 8 megapixel camera that can shoot 720p HD video.

Both handsets don’t bother with either the new Windows 7 Series or Windows Mobile 6.5; instead opting for a new cloud-based OS and graphical user interface.

It seems pretty straight-forward: users can drag and drop items, pictures and links into chat windows as well as upload any photos taken to the KIN server from where you can access stuff on your puter via the â€˜KIN-Spotâ€™.

They also come equipped with the Zune HD media player built in – oddly for a new phone there’s no app store!

It looks like Vodafone has jumped on-board as the KINâ€™s UK launch partner.

Patrick Chomet, of Voda said that â€œmobile social networking is having increasingly strong appeal for our customers. KIN has a unique and intuitive way of engaging with the user, enabling them to share experiences and stay in touch with their friends easily.â€

Both KIN handsets are landing in the UK in Autumn and, ignoring the attempts at being ‘street’ these should do fairly well.