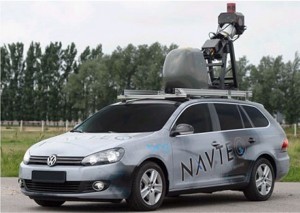 Microsoft will be peeping right up your ally soon as it launches its answer to Google’s Street View service.

The Streetside service from Microsoft has been available in the US for a while and covers 56 towns and cities at the moment.

Microsoft is now expanding the service to cover Europe whilst attempting to avoid any of the privacy problems that Google had with StreetView. To this end, Microsoft has said that they will be notifying the public about pictures being taken in their area in advance.

Microsoft’s Streetside team has already started snapping in London and will soon be spying on our cousins on the continent, well Paris and Barcelona at least, in May.

The new mapping service will partner the Microsoft Bing search engine and hand users a streetside view of major towns and cities – no passÃ©e plan views for the Big M.

As London appears to be the only UK city included in Microsoft’s plans right now it is only us in the capital that will have to pay attention to what we’re doing when the camera cars rumble past – I’d assume that greater coverage of the UK will depend on Streetside’s success in London.

In light of the privacy debacle experienced by Google, Microsoft is hoping to avoid such bad press; although the company is still very clear that it will be collecting Wi-Fi data to use with its location-based services.

The vehicles collecting the data have been provided by Nokia-owned Navteq and will collecting images around the UK up until June.

Anyone concerned, apparently, need not be as Microsoft states that all faces, car plates and nude shots will be blurred.

Just in time for my Summer streak-fest then you’ll be glad to know! 😉