Microsoft Courier To Get First Punch in Tablet War 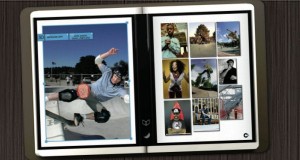 Sounds like Microsoft is going to jump in the tablet ring and square up directly to the Apple iSlate. It also looks like they want to get the first punch in as the iSlate isn’t reported to come official ’til the 27th.

The big M’s Courier tablet, reportedly a HP built device, could get a sighting during Steve Ballmerâ€™s keynote CES address scheduled for tomorrow.

The Microsoft Courier has multitouch, be cleverer than an eBook Reader and has a groovy interface.

The Microsoft v Apple battle is all set. Where does your bet lay?

Check out the GizVid below.