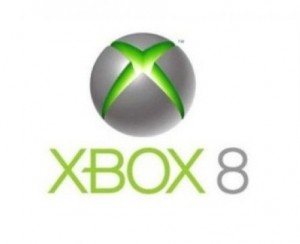 It has been referred to as the Xbox 720, Durango and Loop but Microsoft’s next-generation gaming console may in fact be called Xbox 8.

It seems like Microsoft is nailing the new Xbox’s moniker to the wall thanks to them recently securing some new domain names. With Windows 8 almost upon us, the new name for the console, ‘Xbox 8’ would fall perfectly in line with Microsoft’s naming scheme and create a sense of unity for all their products

The software giant recently secured a load of Xbox-related domains from a Chinese cybersquatter through the National Arbitration Forum, a company that handles international domain disputes.

The roadmap for the new console was leaked all across the web recently and was then proved real after Microsoft demanded the presentation to be removed.

The next-generation console will reportedly be six times more powerful than the current Xbox 360, and may support Blu-ray, true 1080p and native 3D output.

The system will supposedly feature six to eight 2GHz ARM/x86 cores, with two additional ARM/x86 cores that would power the console’s operating system and three PowerPC cores for backward-compatibility.