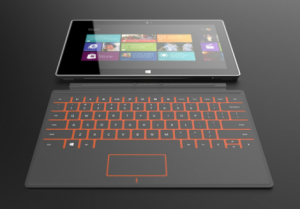 I like the look of Microsoft’s Surface tablet. I like the idea of having a laptop with tablet portability in the Surface Pro. If you do too, and live in the UK, then I have good news for you.

According to the official Microsoft Surface Blog the full-bodied Windows 8 version of Microsoft’s tablet is coming to the UK soon.

Looking around, this could even be by the end of March, maybe.

Microsoft are still be more than a little sketchy about a date and say it should be here in “the coming months”.

There seems to be a lot of angry and exasperated potential Surface Pro purchases on the blog leaving comments such as “Why not do some basic maths on your production schedule and anticipated demand in the launch/other markets and give us an approx release date and allow us to pre-order. Surely that is what any sane company would do?” from MonkeyMickey.

I think that’s a fair point, to be honest.

Why isn’t Microsoft able to give us a firm dude date? There’s plenty of people that are saving up the £700 needed for one of these tablets but, if they don’t know when they’re going to land that money could well end up spent elsewhere – no matter how intrigued you are about the powered add-ons.