Microsoft asks for a Windows Phone 8 HTC One smartphone 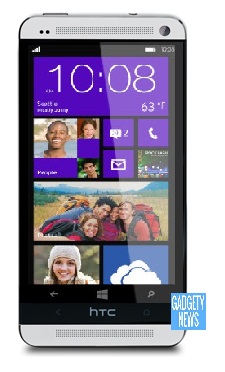 The latest rush of awards could be helping HTC out as reports of Windows approaching the company to make a HTC One that runs Windows Phone 8.

Bloomberg reports that Terry Myerson, Microsoft’s head of operating systems has approached HTC and is said to have asked HTC to load Windows Phone 8 on many of its top Android handsets, including the award winning HTC One.

Apparently, Myerson is said to have offered a special deal to HTC too. This deal would be to lower or even eliminate the licensing fee if HTC agreed to launch Windows Phone 8 versions of its popular handsets.

There are options on the table for HTC to make either a Windows Phone version, or a model where the user can choose to run either Android or Windows Phone 8.

As you would imagine, neither parties have confirmed the discussion.

HTC would certainly fit now that Microsoft has bought Nokia’s mobile division and will be on the look out for a new partner. Given HTC’s financial situation but the popularity of its HTC One smartphone – it makes ‘Sense’.