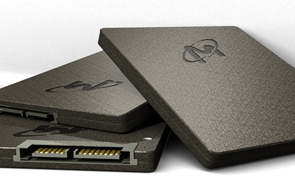 The battle of the SSD‘s (Solid State Drives)Â continue with Micron announcingÂ that it plans to release a 256GB SSD early next year.

In true ‘mines bigger than yours’ form Micron claims that its 256GB SSD can read data at 250MBps compared to Samsungâ€™s 220 Mbps.Â  They obviously ignored the fact that Samsungâ€™s can write faster, 200MBps to Microâ€™s 100 MBps.Â  😉

Ok, so it’s not really edge of your seat stuff but I can’t wait for the day when version 4 or 5 of the iPhone is loaded with 256GB of space to play around with.

Forget about apps and audio – thinkÂ about packing HD films in your pocket and then playing them via a tiny projector……..