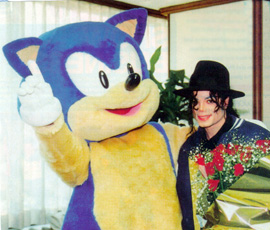 Since the shock death of the King of Pop, rumours have been going round that there had been a videogame, starring the man himself, in production.

This would be a followup to the “Michael Jackson‘s Moonwalker” series of games created by Sega.

Well, as it turns out MJJ Productions (his production company), has confirmed that it’s been working on the game for “several months”, and it should be finished in time for a Christmas 2009 “home console” release.

MCV reckons that this means it will appear for the Xbox 360 and PS3.

A representative of the company said “I am sure it will still be released. Michael loved games”.

Just have a look at the picture below of MJ’s arcade if you need any proof of that!

The game will feature speech from Jackson as well as a number of his biggest hits.