Men Most Unhappy about St Valentine’s Day – Women Most Vocal 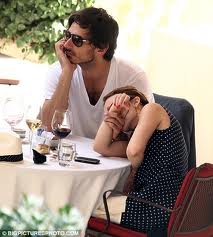 Ah, romance is in the air or is that the smell of angry Tweets?

It looks as though men on Twitter are not happy with February 14th at all.

A social analytics company inspected 70,000 recent tweets to discover that one-tenth of men’s tweets about Valentine’s Day are positive compared to one-fifth of women’s.

I’ve seen plenty of tweets from my male followers stating that all they had planned was a huge gaming session to (hopefully) jokey comments regarding ‘paying for a date’.

The point was made yesterday with the trending Twitter topic “Tomorrow Is Tuesday”. I think you get the idea that a fair amount of people aren’t really convinced by this overtly commercialised outpouring of conspicuous romance… errrm…. yeah.

Saying that though, I overheard my female colleague telling a friend “I might just call in to Tesco’s on my way home and get him something”. Well, it’s the though that counts right? 😉

But, even though the men are letting their feelings be known on the micro-blogging site – the women on Twitter are still being the most vociferous.

Click on the graphs in the gallery below to see what has been going on in the battle of the sexes.

So – what are your plans? Whatever they are, I hope that they’re lovely 🙂