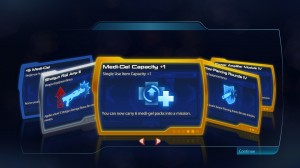 Chances are that you’ve seen a multipurpose healing gel in games or a sci-fi flick. Thanks to a New York University student, it has become a reality.

Veti-Gel, the name given to the healing goo by NYU student Joe Landolina, uses plant polymers that rapidly solidify when applied to open wounds.

Unsurprisingly, the clever gel was being developed under the moniker Medi-Gel, the name of the fictional healing gel from the Mass Effect video game series with which it shares almost identical properties.

Veti-Gel has seen Joe Landolina go from high-school science geek to possibly securing a deal with the US military.

“In all of our tests we found we were able to immediately stop bleeding,” says Landolina. “Your skin has this thing called the extracellular matrix,” he explains. “It’s kind of a mesh of molecules and sugars and protein that holds your cells in place.”

Plant polymers are used to synthesise the extracellular matrix (ECM) which can form a liquid when broken up into pieces.

If Veti-Gel works as well as Landolina claims, it would be of obvious interest to the military, where a quick response to severe bleeding can make the difference between life and death. Current blood-clotting agents still require a medic to apply pressure, and take up to three minutes to take effect.

As an added bonus, Veti-Gel doesn’t just stop bleeding but seems to initiate the healing process in three steps.

Clinical trials will begin around the same time as Veti-Gel is released for the military, Landolina says, which may take up to a year and a half. But until then, you’ll just have to settle for a plaster and a couple of paracetamol.