Martial Artists and a Hedgehog Join Forces for Japan 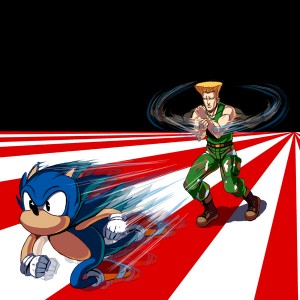 Following the lead of some of the biggest names in video games a blue hedgehog and a group of fighters have stepped in to aid Japan.

If you fancy a game of Sonic the Hedgehog or Street Fighter IV now is the time to buy those titles from the Apple App Store.

Picking up either title will send all the proceeds sent straight to charity to help rescuers in Japan until March 20th.

Better still is that the games are discounted too!

Prices range from 79p (for Sonic Spinball and Street Fighter) and Â£2.39 (for Sonic the Hedgehog IV episode I).

“Our deepest thoughts and prayers are with the people who were caught in the tragic Tohoku Region Earthquake” said Capcom via the App Store. “As a Japanese gaming company, starting from March 15th through March 22nd we are going to drop the price of Street Fighter IV globally and donate all the sales to public charity.”

Anyone that likes to game, has fond memories of the Sega Megadrive and wants to do something worthwhile for the tragedy that has struck Japan – this is a one stop shop!

Remember to do your (16)bit for charity as well as getting some retro gaming action before Sunday March 20th!