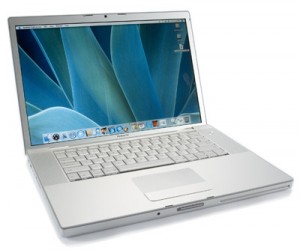 As rumored, Apple has quietly updated the MacBook tonight (last night) to the Santa Rosa architecture with mild speed bumps and the GMA X3100 integrated video.

Despite comparable clock speeds (2.0 -> 2.0GHz, 2.16 -> 2.2GHz) to the old models, the new MacBooks use the Santa Rosa chipset which boasts a faster 800MHz front side bus over the previous MacBook models. The introduction of the GMA X3100 video card also provides significant benefits over the previous models. The new specs can be seen at the Apple Store:

Apple’s product pages on the rest of the site had not yet been updated at the time of this writing. The new MacBooks appeared in Apple Retail stores on Wednesday, but the boxes were accompanied by instructions not to open them until further notice.Updatex2: Apple’s store pulled the new specs, and now is showing them again.Update 3: The MacBook Pro now has the option to upgrade to a 2.6GHz processor for $250, and also has the option for a 250GB drive.