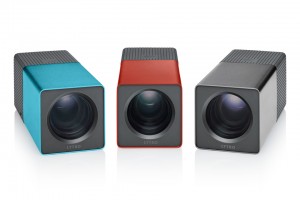 There’s not been a shake up in the camera-world like this for quite some time. Sure, digital cameras are getting smaller bodies and higher megapixel counts and some even will print your snaps instantly – but this is a totally different approach to digital photography – Lytro will even allow you to snap now and focus later!

Lytro is the result of imaging scientist Ren Ng’s research into capturing “light fields” using increasingly high-resolution digital imaging sensors. This is the first ever digital camera capable of capturing “living images” that can be infinitely refocused after capture.

Not only is the way the camera works different it looks unlike any other digital camera out there. Looking more like a rectangular telescope the Lytro is basically a tube of aluminum, with an f/2 lens on one end and a small 2-inch touchscreen on the other.

Instead of an array of confusing controls the Lytro boils it down to the basics – a power button, shutter button, and a slider to control the 8x zoom range of its lens. Forget any thoughts of aperture, shutter speed, or focus. Welcome to the most point-and-shoot digital camera on the market!

Lytro will not only change the way we capture and share our snaps – the tech that powers the camera has the potential to impact on the way all photographs are created.

Light Fields and the SMCA

Ng and his Stanford Uni team-mates developed the Stanford Multi-Camera Array. This consists of a hundred or more CMOS sensors and matching lenses to capture what is known as a light field.

Where most cameras capture flat images of three-dimensional space by focusing light towards a camera’s lens on so to a flat piece of film or digital sensor – the Stanford Multi-Camera Array (SMCA) records the colour, intensity, and direction of the light rays in a scene. These light rays collectively make up a scene’s light field.

Ng has managed to take the SMCA and all of its sensors, lenses, PCs and condense it in to something pocketable which people can use without the need for a PhD!

Naturally, Lytro is keeping most of the technical details secret but what I do know is that instead of using multiple sensors and lenses, the specially designed Lytro sensor uses a sort of micro lens array on top of a high-megapixel CMOS sensor to record 11 megarays (that sounds cool if nothing esle!) of light field information. There – we’re all wiser now huh? 😉

It’s those 11 megarays that equips the Lytro with the necessary smarts to enable the user to shoot first and focus later.

In an interview Ng points out that: “The majority of pictures are shared online casually – 10, 12, 14 megapixels doesn’t help when 95 percent of them aren’t ever going to be viewed. We think it’s better to harness those pixels to collect richer data.”

Using that “richer data” (a.k.a the light field) means that you are able to do the focusing after you’ve taken the picture. If you’re trying to snap something in motion chances are that the autofocus on your camera or camerphone will be working hard and still not be able to capture the image convincingly. The Lytro has no such problems – it doesn’t even have to focus!

Lytro – The Ultimate Point and Shoot

What it does do is shoot everything using the f/2.0 aperture at maximum so that low light snapping should still be good; and, because there’s no auto aperture or focus calculations to be made by the camera, capturing your shot is pretty much lag free.

The luxury of an 8X optical zoom is present on the Lytro but, should you prefer, you can even do the zooming when you do your refocusing.

The focusing and zooming is done via Lytro’s web-based “living image” viewer. Just click on any point on the image to instantly change the focus point.

Lytro is now taking orders for their cameras. The Graphite and Electric Blue 8GB versions cost $399 or there’s the Red Hot 16GB version for $499 which is capable of recording 750 images.