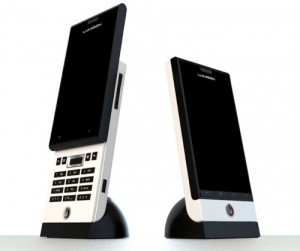 If you’re in the market for an Android 2.1 phone but don’t want to follow the pack then check out the crisp lines of the Lumigon T1.

The Danish company boast that the T1 will have a 3.2″ capacitive TFT touchscreen with a 480 x 320 resolution, a Freescale 1GHz i.MX51 processor, and will be able to output video at 720p via the mini HDMI port.

It will also be rocking a 5MP camera buddied with a flash and the now expected Wi-Fi, Bluetooth, A-GPS and accelerometer.

Pre-orders will be taken for the phone from September 20th and the release party will be October 20th.