Lucasarts Not Happy With Wii MotionPlus 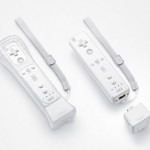 You will, by now, be aware of the Wii MotionPlus addÂ on thatÂ enables the WiiMote to moreÂ accurately reflect yourÂ motions in a 3-D space.

This means that everyÂ slight movement players make with their wrist or arm is rendered identically in real time on the screen, providing a true 1:1 response in their game play.

This is all good news andÂ opens up the possibility ofÂ totally accurate dueling in a sword-fighting stylee.

Good news unless you happen to be LucasartsÂ as they’re a bit miffed that Nintendo didnâ€™t give advance warning to anyone making, oh…..let’s say……..a lightsabery type of game.

Apparently mostÂ developers have received scant information on how to implement MotionPlus features into upcoming games, and the clock is ticking for its addition to games already well into development.

Tsk-tsk Nin – you should really start sharing with the rest of the class!