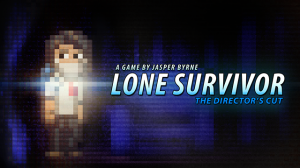 From the first second, Lone Survivor: The Director’s Cut is a game that wants to keep you guessing. Jasper Byrne’s horror survival side scroller invites you into a dark, disturbing, pixelated world which will have you questioning who your character is, why he’s in the situation he’s in, what is behind every door…and that’s just in the game.

A quick look at the trophy list and nearly every trophy is hidden. You’re told at the start of Lone Survivor to play in a dark room with headphones and no distractions.

Before you’ve even pressed the first button you’re intrigued. 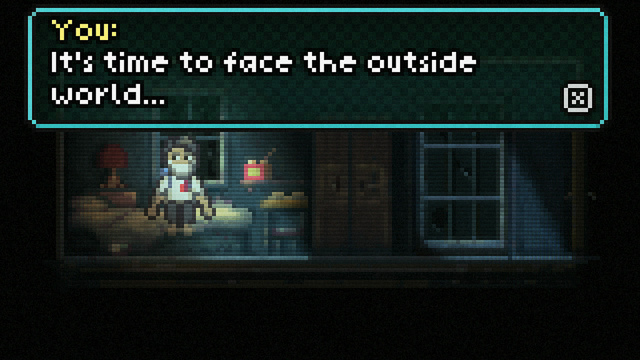 You play as a survivor in a city of monsters. This is not purely about survival though. There’s your mental health to think about. You need to eat, sleep and take pills to stay sane. If you’re feeling tired, you’ll need to head back to bed, catch up on some sleep and head back to where you were. This also saves where you are in the game. Going back to bed is the easy part. You’ll need to find food, otherwise you’ll get to a point where you can’t go on. It adds a sense of realism to the madness. I’m not joking about the madness either. At one point I needed to eat a rice pudding whilst trying to avoid detection. It was either that or the squid on a stick. That being said, there is method to the madness.

Lone Survivor is all about choices; you can choose to blast your way through enemies, firing as many shots at them as you can, you can light a flare to temporarily stun them, or you can take a stealthier approach. Whichever you choose, there will be consequences. If you choose to fire through enemies head on, you’re most likely going to run out of ammo. You will find some along the way but it won’t be enough. Remember the pills I mentioned earlier? Simply pop a blue pill before you go to bed (no, not Viagra) and you can dream more ammo. However, the dream is more like a nightmare. It’s creepy as hell but when you wake up you will find yourself with restocked firepower. So your ammo is now good, but what about if you’re in need of food or you’ve run out of batteries for your flashlight? Pop a green pill before bed. In your dream you will meet a guy with a box on his head who will replenish you. This dream is equally as creepy as the blue one. You also have red pills, but these can be taken while you’re awake and simply give you an energy boost. 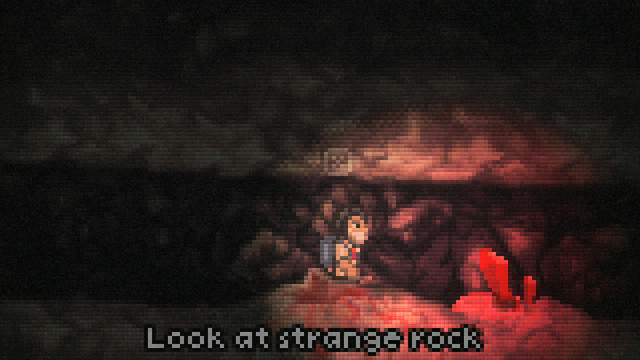 You’ll need to find maps too to find your way out of this. Every door you enter is heading into the unknown. The game is terrifying in places. At one point, I entered a small room and was trapped. No matter what I did I was stuck. I genuinely felt panicked. I got chills many times during my playthrough. It’s says a lot that at one point I cut through a wall of skin with scissors and it wasn’t the weirdest part of the game. Not by a long shot. Jasper Byrne has given an appreciative nod to Silent Hill but this isn’t reinventing the wheel. I honestly have never played a game that made me feel like Lone Survivor did.

Lone Survivor is a game that you will play till the battery runs out. You’ll then frantically scour your house for your charger because you won’t want to come back into the real world, not just yet. Yes, the game is scary and disturbing, but the experience is an incredible one. Games are about escapism. Sometimes they are just about having a quick go on a shoot em up. Sometimes they are about rounds of multiplayer with your friends. But for me, the best games make you feel something. Whether it’s sadness, intrigue, or just being creeped the hell out, Lone Survivor delivers in every aspect. 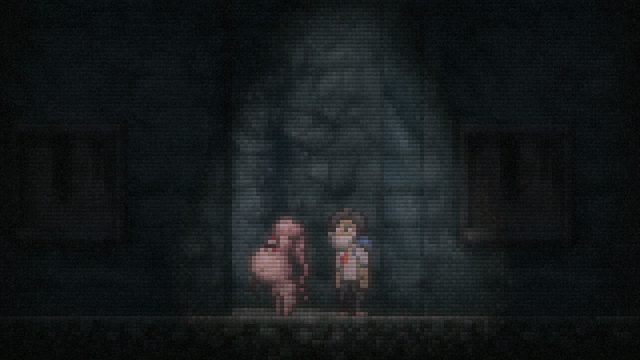 Curve Studios deserve a special mention here, as to call this a mere port feels inappropriate. You can tell that Jasper Byrne and Curve have spent extra months on this to make this version the definitive version. The game has so much replay potential too. There are multiple endings, side quests and when trophies pop (they only pop when you sleep, to avoid taking away from the experience) you don’t know what the trophy was for. That’s what makes this game so special. It’s shrouded in mystery throughout, no matter how many times you play it. You’ll end up taking different approach’s and end up at different conclusions. 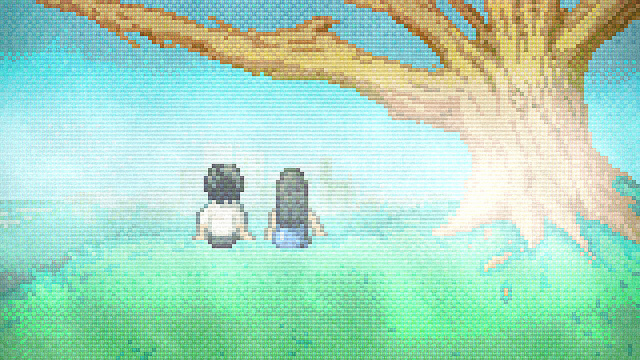 Lone Survivor is insane. Be prepared to fall insanely in love with it.