London Wi-Fi Is Best – Capital of Connection and Unprotected Data 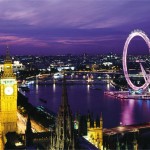 Ok, so this is a bit like, “my dad’s bigger than your dad” but for you mobile computing junkies theÂ question ofÂ who has the best WiFi access is a serious matter.

Well, London continues to be the world capital of WiFi with an amazingÂ 12,276 access points – this is according to the latest from the annual Wireless Security Survey conducted by RSA.

NYC did manage to capture the top spot in the much coveted ‘corporate encryption’ category, with about 97 percent of corporate access points now employing some type of encryption, while about 20 percent of London’s business access points remain totally, completely, embarrassingly,Â nakedly unprotected.

The last figure is all the more startling when married with what Richard Thomas said at the RSA Conference Europe 2008 on Wednesday.

He stated that there had beenÂ 277 data breaches reported since last November. Thirty of which were classed asÂ “serious incidents”, in both the public and private sectors and areÂ still under investigation.