London 2012 Olympics to Rely on Software from Gene Hunt’s Era – Fire up the Quattro! 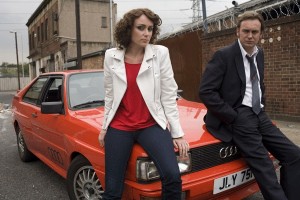 As much as I enjoyed watching Gene, Alex, Shaz, Ray, Chris, and even the Quattro, dish out law enforcement in the 80s-based Ashes to Ashes I’m not sure that 80s policing will work in the 2012 London Olympics – but that’s exactly what’s set to happen.

MetOps is the police software from the 1980s which struggled to cope during the London Riots and will now be used by the Metropolitan Police to ‘organise’ the security of the Olympic Games.

MetOps, the 1980s software the Metropolitan Police are using to organise their operations is the same software that had to cope with the London Riots in 2011 and is now expected to hold up to the pressure of security at the Olympic Games in London.

The software is installed in the force’s special operations room (SOR), the central control room providing communications support during more than 500 major incidents and events each year, according to a report (PDF) by the Met into the riots of August 2011.

“These significant limitations coupled with the sheer scale of task around the flow of information, communication and coordination of resources posed an immense challenge for those within SOR, particularly on Monday 8th August,” said a report by the Met into the riots of August 2011.

The report determined that MetOps could not handle the flow of information during the London Riots as well as slowing down communication and causing difficulties switching command over between teams.

While the Met has confirmed that they will be replacing the software it’s unclear at this point whether a replacement system will be available for use during the Olympic Games.