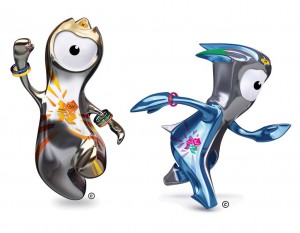 This is the bonkers news that the 2012 London Olympics are looking to ban all manner of things – including your smartphone!

If you’ve managed to pay and buy a ticket to see what has been promised to be the greatest sporting event that this capital city of ours has seen you’d expect to be able to tell people about it.

Nah – if the document discovered by thinq is correct then wave good-bye to Tweeting about it, updating your Facebook status, slinging some snaps over to Flickr or even calling home to say that you’re delayed in the horrible traffic congestion at the end of the day.

The kill-joy document points out in particular that â€œfood, alcoholic and non-alcoholic beverages, liquids in containers of greater than 100ml in size, umbrellas, horns, whistles, drums, rattles, musical instruments, or any other devices that in the opinion of Locog may disturb a Session (including mobile telephones), flasks, thermoses and in general any material that Locog may deem dangerous or that may cause damage or disruption to a Session.â€ confiscated

It’s unclear whether you’d be turned away, the offending items be confiscated or destroyed – or if the above rules only come in to force for those events that require quiet and concentration has yet to be seen. That doesn’t include Beach Volleyball does it? 😉

It seems quite a task that they’re setting themselves if this is a blanket ban across the whole Olympic Games. Don’t get me wrong – you don’t want Crazy Frog blurting out at the Archery final do you?

What are your thoughts on this?