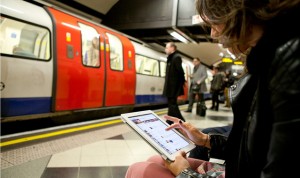 The London 2012 Olympic Games will soon be turning the capital in to a commuter’s hell of tourism. Thankfully, each underground line has taken to Twitter.

Transport for London is ramping up preparations ahead of the games and its latest tactic is to hit Twitter, and soon you’ll be following @victorialine and its friends on the social micro-blogging site.

That’s right, TfL has created individual Twitter accounts for the 11 tube lines which will be used to keep Londoners and tourists up to date with the latest goings on for each line and the stations associated with them.

There are also the @TfLTrafficNews and @TfLtravelalerts accounts for real time updates on the London Underground, London Overground and Docklands Light Railway services.

The individual tube line accounts are best for those that use certain lines regularly and so filtering out unwanted updates.

There is also a special @GAOTG (get ahead of the games) account too!