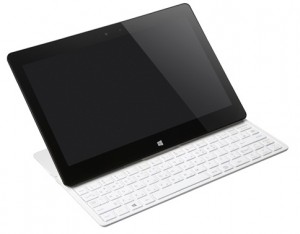 LG Electronics is gearing up for CES 2014 with two of their latest offerings – the most recent Ultra PC (Model 13Z940) and additions to their second generation Tab-Book 2 hybrid devices (Models 11T740 and 11T540).

LG’s new PC products will be found sporting far slimmer designs as well as weighing less than their predecessors.

All of them will run Windows 8.1 as the operating system of choice and sport LG’s superior IPS display technology.

First up is the LG Ultra PC, also known by the catchy title of 13Z940. This will tip the scales at under 1kg and be found rocking a “clean and minimalist design”.

Not only that, the LG Ultra PC will be available with a 128GB or 256GB SSD, allowing you to enjoy instantaneous booting. Other hardware specifications include a Full HD 13.3-inch IPS display as well as LG’s Super Narrow Bezel design resulting in its 4.4mm thin boarder.

As for the LG Tab-Book 2, this features 10-point touch control as well as a slide-out QWERTY keyboard which can be hidden away under the 11.6-inch touchscreen display when not required.

The keyboard is accessed by pressing a button at the side of the unit which allows it to smoothly slide out from beneath the display.

The flagship model 11T740 Tab-Book 2 is extremely svelte at just 16.7mm thin, which makes it ideal to shove in your bag without causing too much unnecessary burden on your shoulders, tipping the scales as it does at a mere 1.05kg.

Pricing details for both devices have yet to be announced.