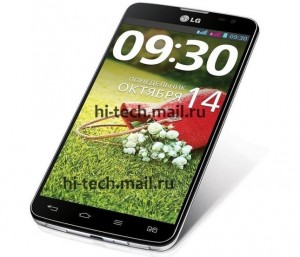 LG will be releasing a cheap phablet which might actually upset Samsung’s hold on this part of the mobile martket.

The LG Pro Lite Dual looks to be at least landing in Russia and sports a 5.5-inch display.

The larger Android phone packs the phablet-required stylus just like Samsung’s Galaxy Note whilst, under the hood you’ll find a 1GHz dual-core processor, 1GB of RAM and 8GB of internal storage.

Its IPS-display has a resolution of 960 x 540, so not quite HD but at least the storage will be expandable through a microSD card.

Around the back there is an 8-megapixel camera and its battery is a 3,140mAh jobby.

There’s no word on whether it will make it out beyond Russia but I doubt that it will pop up in the UK any time soon.

The Russian price for the LG Pro Lite Dual will be 12,990 rubles or around £248. The price is right for a budget phablet but would you have one?