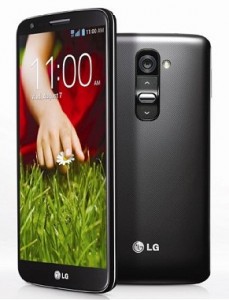 Word is going around the interwebs that LG is getting ready to release a tablet for the first time since the company’s Optimus Pad, launched back in summer 2011.

LG have spent the last few years concentrating on their smartphone range but now appear to be ready to jump back in to the tablet arena.

According to the gadgety Greeks over at Techblog, the company is planning to launch an 8.3-inch tablet which will be packing a 1920×1080 full HD display and quad-core processor partnered with 2GB of RAM.

Apparently this new device will be branded the G Pad.

The G Pad will feature an ultra-thin bezel, similar to the recently announced LG G2 smartphone pictured above, according to the site.

The site is also claiming that, despite the size of the screen, that small bezel will mean the G Pad will fit comfortably in a back pocket. I’d need proof of that before backing up those claims.

According to the site, the tablet will be based around an aluminium shell which suggests, along with the specs, that the G Pad will be aimed at the top end of the market and will be priced accordingly, no doubt.

Perhaps the G Pad will appear next month at IFA? It could happen 😉

That’s all I have at the moment. Has this tickled your tablet buds?