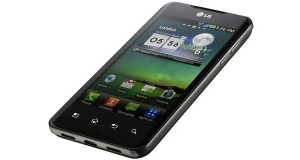 If you’re looking to get some Tegra 2 dual core processing action in your next smartphone then you wont have to wait long.

LG’s Optimus 2X Android powerhouse looks to be arriving in the UK in a few weeks – the news was kinda slipped into a press-release regarding the awesome collaboration LG’s flagship smartphone has with none other than movie score legend Ennio Morricone!

Morricone will be recording ringtones for the new Optimus 2X 🙂

LGâ€™s official announcement said that Morriconeâ€™s music would be on the Optimus 2X, with the phone, â€œâ€¦set to debut next month in Europeâ€.

This means January should see the smarter-than-smartphone land on these shores which is quite a coup as lots of people on the interwebs were pinning the Optimus 2X as a Korean only release – at least in the first instance.

Are looking forward to getting the 4-inch HD dual core processing smartphone in your grubby little mits as much as I am?