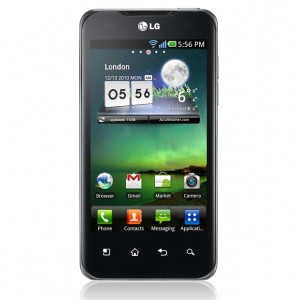 Remember that comparison vid of the LG Star running against the Apple iPhone?

Well, Star is now the LG Optimus 2X and has officially become the world’s first dual-core phone as it’s packing an Nvidia Tegra 2 processor under the hood.

Even though the Tegra 2 runs at 1GHz, just like the ubiquitous Snapdragon, LG promises that Web browsing and gaming will be faster than with the single-core processors.

Speed is always good but the Tegra 2 is also a light drinker when it comes to the juice – so expect battery life to be nice and long.

The Optimus 2X is kitted out with a 4-inch screen (480×800-pixel res), 8GB of storage and will take up to 32GB more shoved in its microSD memory-card slot. You get an 8-megapixel snapper on the back and a 1.3-megapixel front-facing camera for vid-calls and self portraits.

Optimus 2X will play back 1080p HD video but if you’re wanting to hook it up to your big screen then wireless DNLA seems to be the only way as I have yet to spy an angle showing an HDMI port. Saying that though – there’s always a possibility that they’ve done a Samsung and include a cable that converts from micro-USB to HDMI, a-la Galaxy S.

LG Optimus 2X will come with Android 2.2 Froyo and LG promises that it will be updated at some point.