LG Nexus 4 goes up for UK preorder with CPW 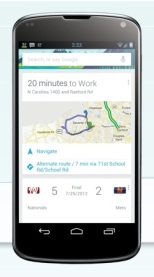 Carphone Warehouse has jumped the gun ahead of Google’s event on the 29 October and has announced the LG Nexus 4 and put it up for pre-order on its website.

Even though the LG Nexus 4 isn’t really official yet you can now preorder the newest Android smartphone and have it delivered on October 30th. Well, it would be Carphone Warehouse wouldn’t it?

You can even have a look at which plan you’d prefer to buy the 4.7-inch Nexus 4 on.

The cheapest way to get the phone free appears to be by paying £31 per month on Orange. There’s no pay as you go or SIM-free options that I can see on the site. 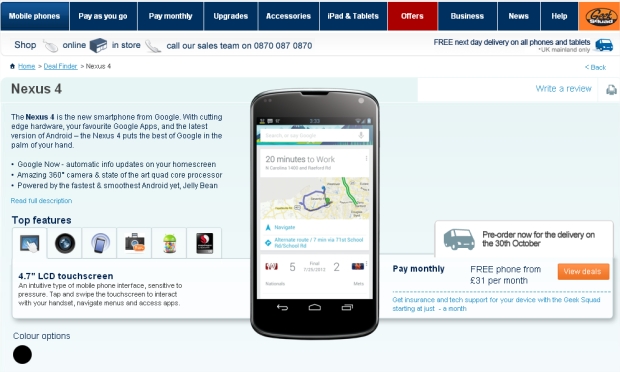 In case you’ve missed all the Nexus 4 leaks then here’s a quick run down. The display pushes out a peeper-pleasing 768×1280-pixel resolution. The processor is a quad-core, 1.5GHz Snapdragon S4 jobby and there’s an 8-megapixel camera around the back.

The LG-built Nexus 4 will be the first smart phone to launch with the raw version of Android 4.2 Jelly Bean.