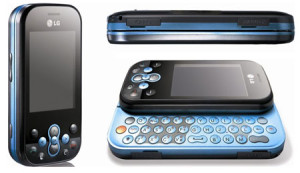 LG has confirmed at Mobile World Congress that the Gadgety News readers favourite – the KS360 will be the first handset it releases running Google’s Android OS.

This will all be happening in the summer for theÂ slide-out QWERTY keyboard, 2.0-megapixel camera packing handset.

The specs will remain as theÂ the current KS360Â but it will be running the open source operating system that is being rocked by the G1.

This means thatÂ owners will be able to get their mits onÂ a host of user-designed apps.