LG GD910 Wristphone On Sale in UK – PAYG at Half Price 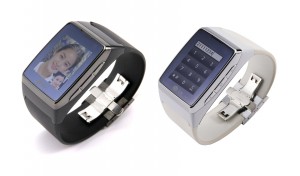 I know we were all expecting it to – but you can now start counting down the days ’til you get your hands on the LG GD910 wristphone!

The GD910 will be tied to Orange and will only be available on pay as you go – the cost?

But that is actually half the amount that had been bounced around the interweblogosphere.

So, if you’ve saved up your grand and see a half-price bargain in the form of a wrist-based communicator the next thing you need to do is get yourself to the Orange shop in London‘s Bond Street Station from 9am on August 27.

Orange believes so many people will want to drop 500 notes on the gadget that it’s limiting sales to one per customer – so for a his and hers you’ll have to drag your partner down.

If you’re a bit too northern or have a fear about that there London you’ll be able to buy it online from the Orange Web site from mid-September but still with a limited number available.

Will you be queuing up at Orange’s Bond Street store in a weeks time?