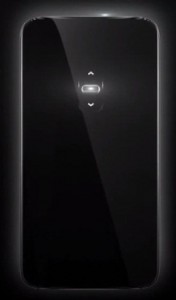 The LG G2 flagship smartphone is due to be announced on 7 August in New York City. If you can’t wait til then LG have kindly released a lovely video for you.

The upcoming top-tier mobile phone from LG is almost ready to be unveiled at a bash being held soon in New Yoik,

To keep you interested, LG have just released a teaser vid. Granted, there’s a bunch of stats to get through all based on the average person’s life, first.

After that you get an animation of the outline of the phone and further confirmation that the device will have a volume rocker on the rear, near the camera lens. Is that odd or genius?

The main thing for me is that it actually backs up those claimed leaked photos that were purportedly showing the new phone. as they too showed that the volume controls are located on the rear.

That would also lead me to believe that the leaked specs will also ring true.

These have previously states that the LG G2 will be packing a 5.2-inch 1080p display, a super thin bezel and Qualcomm Snapdragon 800 processor.

Does this pique your interest?