LG Blade cuts a Dash in the Skinny Laptop Arena 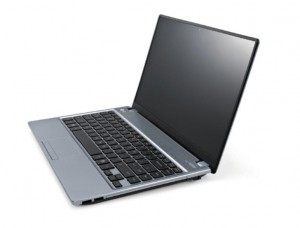 LG looks to have its eyes on a slice of the ultra slim laptop pie as it has officially unleashed its Blade laptop range.

The supermodel skinny Blades come with either a 14 or 15.6-inch screen but the internals are fit to burst as LG has shoe-horned second gen Core i7 processors and Nvidia GeForce GT520M graphics into these slim frames – keeping the body 22% thinner than similarly spec’d machines.

When heading into the same realm as the MacBook Air and Samsung 9 Series the vital stats matter even more than usual.

Using LG’s display smarts the Blades employs LG’s thin bezel LCD screen tech which allows the crafty Koreans to get top level screens in laptops designed around notebooks a size below the actual screen size. In fact, the LG Blade notebooks boast bezels that are more than 40% narrower than other notebooks

“With respective depths of 4.5mm and 4.7mm, the screens of the P430 and P530 are up to 50 per cent thinner than any other notebooks in their class,” bragged J.J. Lee, Executive Vice President and Head of LG Electronics PC Business Unit.

As usual with news like this – there’s no UK release date or price confirmed at this point.