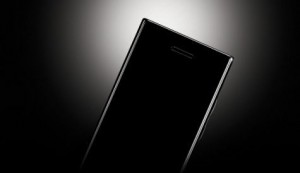 LG is preparing a new mobile phone confection in the guise of its Black Label Chocolate BL-40.

It looks as though, quite fittingly, the LG BL-40 will be a candybar style blower unlike the original Chocophone and it’ll most probably be available in Europe and Asia only, as a GSM phone, with a US version possible later on in the year.

There’s already whispers that the Chocolate BL40 will be sporting a 21:9 widescreen display, HSDPA support and probably a 5-megapixel camera.

All of those projections are based on the phone’s User Agent Profile, a spec that lets content providers cater to a specific phone, according to Unwired View, which links to the UA on LG’s site.

There’s nothing else I can find about this new phone apart from the teaser pics and that it appears it to have a launch date sometime in August.