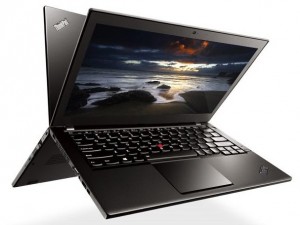 Lenovo has revealed that a new updated version of its ThinkPad X230 notebook will shortly be launching, following Apple’s iPhone naming scheme, the ThinkPad X230s.

The ThinkPad X230s notebook is equipped with a 12.5-inch display and will not only be thinner than last years model but weigh less thanks to its carbon fibre construction just like the company’s X1 Ultrabook.

The ThinkPad X230s notebook can be powered by a choice of processor supported by 8GB of RAM, together with a solid state disk (SSD) or HDD option depending on your budget.

Other features of the updated Lenovo ThinkPad X230s include 2 x USB 3.0 ports, mini DisplayPort, a handy backlit keyboard, and a integrated fingerprint scanner to keep your business secrets, well, secret.

Unfortunately no information regarding pricing or worldwide availability has been released as yet, but it retails for around $1200 in China.