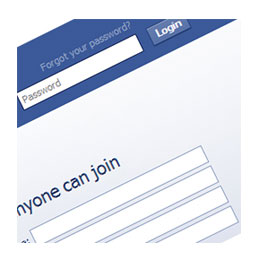 The shocking news that some employers are demanding access their workers’ social network login details in order to check for reputation damaging “illegal activity or behavior” has been challenged by legislation.

I think that it’s common sense to ensure that any online dodginess be limited to just your closest friends. If you’ve applied for a job then it’s definitely prudent to scrub your social media pages of photos and text that might put you in an unfavorable light with your potential employer.

The thing is, the employers know about this move and several places, mostly US public agencies such as the police and other emergency services are now asking applicants to either hand over their Facebook or other social media passwords or login and let employers look through private photos or wall posts. Those amusing pics from the stag weekend in Amsterdam or Bangkok aren’t look too appropriate now are they?

The proposal sets to prevent employers from requiring employees to provide access to personal email accounts, social networking profiles, and other private data as a condition of employment.

The legislation has been introduced by a team of democrats led by Senator Richard Blumenthal, the Password Protection Act would institute financial penalties for employers that discriminate against current or prospective employees who refuse to offer up personal login information.

The legislation would not, however, prohibit employers from setting usage policies for company-issued computers. I think that’s fair enough really.

Would you hand over your Facebook, Twitter and personal email logins to your boss? If they asked for all of that they may as well as have a look round my flat and check the hard drives on my computer and, while they’re at it, take my girlfriend for a weekend away with my friends somewhere!