Knack for PS4 review – nice looks shame about the… 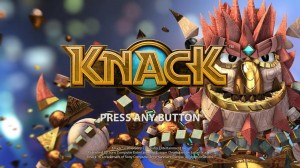 I had my first look at the PS4 exclusive Knack at Eurogamer. Visually, Knack is a super God. I can remember mouths dropping as rows and rows of giant LCD’s bellowed out Knack’s cartoon wizardry. It felt like we were being shown hidden alien technology for the first time.

At the time, we all drooled away, so now that I can finally get my hands on the full game, I really want to fall in love with Knack – who wouldn’t?

It’s not until a few chapter’s in that you realise this may be one of the most tedious gaming experiences to hit you in years. 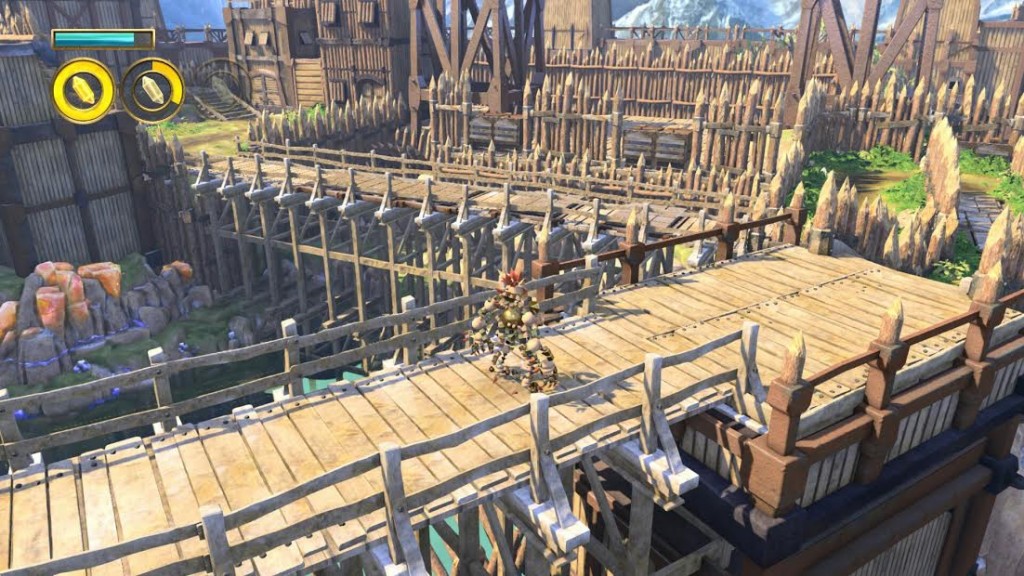 Your new family friendly superhero is Knack, who has the ability to grow and grow. Starting off the size of a foot long handbag pet, Knack can then grow to the size of King Kong on a bad hair day.

The most fun to be had in this mammoth platformer is playing when he has reached his limit. Pounding minuscule goblins and slicing apartments to pieces is the fun part here and gives Knack real attitude.

Now this is next gen gaming, but when Knack shrinks back down to size, it’s like life becomes like a bland cappuccino. The main problem is Knack’s unwillingness to learn and muster up different fighting techniques.

Punch is your repetitive weapon and will see you through level after level after level. He can muster up the power of yellow crystals which is thankfully a brief battering ram of power and pretty satisfying too, but mostly it’s the same combat and mechanics that deflate you and the crushing realisation that your love affair could be over pretty damn quick.

Suddenly you see through the candy layered high glossy finish, and realise the alien technology you were in awe of was only a cleverly disguised washing machine part. 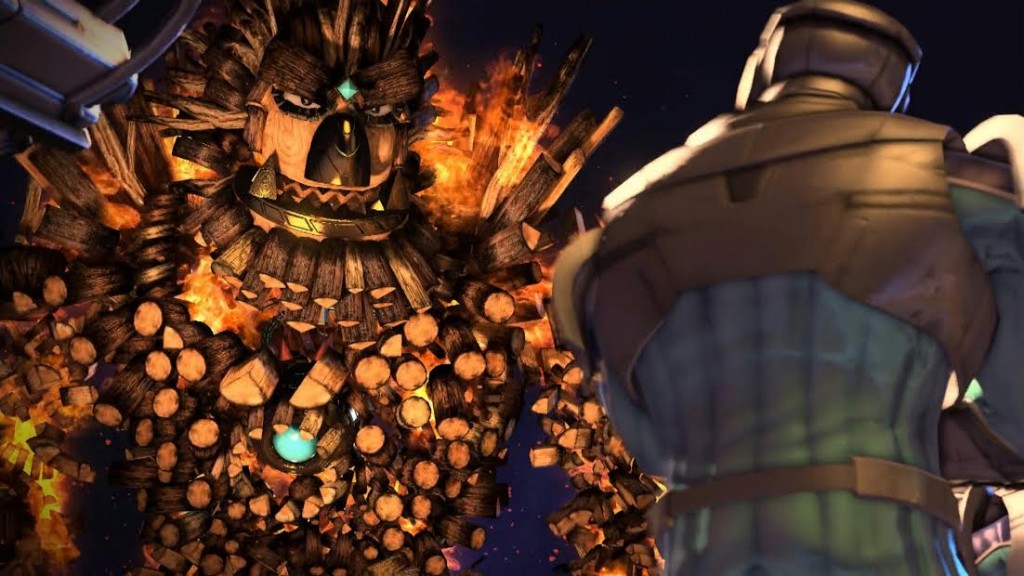 As you progress, a slow story unwinds in which you move from caves to hideouts to mountain paths and city streets. All feature beautiful detail and along with cut scenes create a family movie time feel. Amongst these gorgeous backdrops are hidden rooms which house crystals and relics. Discovering these also enables you to see which of your buddies has found them too, so it’s pretty cool to see who else on your friend’s list is enduring the torture.

Nearly all the combat takes places in arenas where it’s you against robots, goblins or insects that spit purple liquid. Sometime lasers and mines are thrown into the mix for reasons I really don’t know.

Playing on hard is strongly advised. I could not imagine just how easily this game would be playing on any other setting, a deep sleep would induce I fear. Take two hits in Knack and you’re just about toast, which then sees you start a fair way back which becomes annoying to say the least.

As well as this, when Knack falls to the floor like a dismantled Rubik’s Cube you only restart with whatever crystals you had when you fell. Some of the boss level scrummages are pretty intense though, so make sure you smash nearby crystals before dying as this definitely helps for the next run. Don’t worry though, because after the manic boss fights and cut scene it’s back to the uneventful linear path ahead. 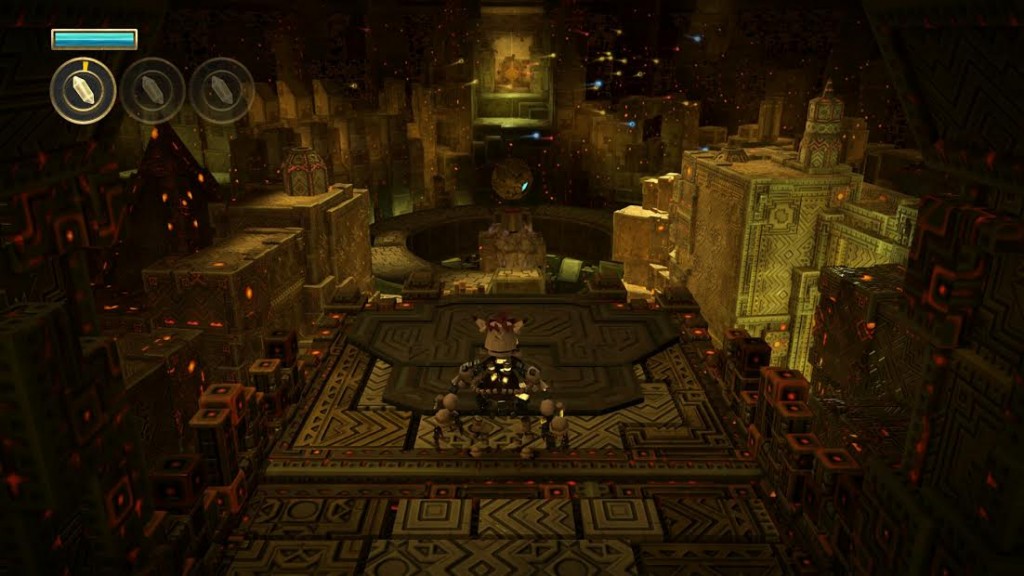 Knack is a friendly, loveable guy that I’d hoped would deliver a true Playstation 4 platforming experience. Sadly, it wasn’t to be. Not even the glimmer of hope from the DS4 controller could muster up some inventive ideas here. Knack wanted to star in a big budget release, but somehow got lost on the way there.