Jolla is Rescuing MeeGo – The Nokia N9 Legacy to Continue 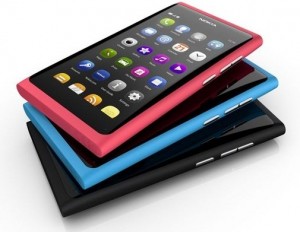 There may be a life-raft for the ditched MeeGo mobile operating system in the form of Finnish start-up, Jolla. More interestingly, Jolla happens to made up of ex-Nokia employees.

The loyal band of MeeGoers describe their OS as “something wonderful – the world’s best smart phone product”. It’s with this loyalty that the ex-Nokia staff have re-grouped under the leadership of former principal engineer of MeeGo at Nokia, Marc Dillon, to form the new startup Jolla – that’s Finnish for ‘dinghy’ by-the-way.

MeeGo was developed by Nokia and Intel as a smart phone operating system to rival Android and iOS. The free, Linux-based OS only appeared on one phone, the Nokia N9, before Intel pulled out. Nokia then kicked it to the side-lines and leaped aboard the good ship SS Microsoft Windows Phone – the fruits of this alliance has born the Nokia Lumia line-up including joys such as the Lumia 710, Lumia 800 and Lumia 900.

In a post on its Linkedin page the company claims that it will “design, develop and sell new MeeGo based smartphones”, adding that it plans to use original hardware.

Naturally, no dates or expectations regarding design or release have been published.

“Nokia created something wonderful – the world’s best smartphone product. It deserves to be continued, and we will do that together with all the bright and gifted people contributing to the MeeGo success story,” Jolla added “The Jolla team consists of a substantial number of MeeGo’s core engineers and directors, and is aggressively hiring the top MeeGo talent to contribute to the next generation smartphone production.”

Are you excited by this news? Do you think that MeeGo has what it takes to battle Windows Phone, iOS and Android?