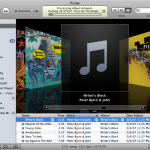 Digg founder Kevin Rose seems to have a finger/pulse interface with Apple.

After unveiling shots of the rumoured next generation iPod nano heâ€™s following up with knowledge of new iTunes features too.

iTunes 8 is widely expected to launch at Appleâ€™s event next week as well as the new iPods.

According to Rose a new source has come forward to tell him iTunes 8 will include a new functionÂ calledÂ “Genius”, which builds intelligent playlists of songs that fit well together.

The Genius feature is also reported to recommend music from the iTunes store that isnâ€™t currently in your library. 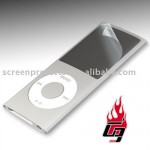 Rose also says iTunes 8 will let you browse albums and artists visually, presenting cover art in a grid, building on Appleâ€™s cover flow technology. That should look nice and pretty and also goes beyond a ‘simple’ recommendation thingy.

He also claims the next-generation iTunes will include TV shows in HD quality.

Anything else Mr Rose?