iTunes 8 and iPhone 2.1 Available on Tuesday! 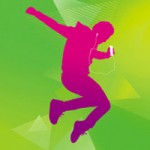 Ars Technica has changed its mind after saying that iTunes 8 won’t be on stage at Apple’s Let’s Rock September 9 event.

So I’m taking it that iTunes 8 will be available then.

Not only that but they’re saying Apple will also release the iPhone 2.1 update that in theory will fix the apparently large password security flaw.

There are also hints that 2.1 will have secret powers features that are absent from the beta.