IR ASC – Hide Your Face From CCTV and Big Brother 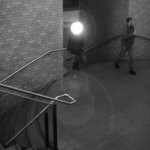 There are many of us that don’t like/are in fear of the ‘Big Brother’ state that Britain is becoming – especially if you live in this glorious capital called London.

IR.ASC by URA / FILOART is an infrared lighting device to protect you from the infrared surveillance cameras.

The device emits infrared light thus messing with infrared images from surveillance cameras thus giving the wearer/user a ball of light as a head! 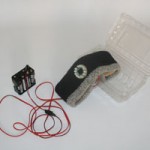 e watchers behind the camera wont be able to make out your face.

The IR ASC was demonstrated at an exhibition showcasing spy technologies in Berlin, Germany.

This may sound cool now, but what if burglars or other ne’er-do-wells get their gloved mits on this technology.