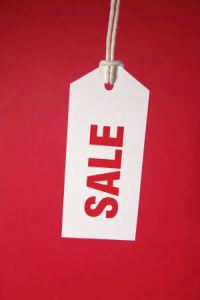 Heads-up all those waiting for iPhone 5 or looking to grab a bargain current model! Some retailers have already started to drop the price of the iPhone 4.

Even though word is still circulating that iPhone 5 wont appear for at least another month or so it appears that some stores are getting ready and clearing some space in their stockrooms.

If reports are right it looks as though both Radio Shack and Target are offering a discount of between $30 and $50 for an iPhone 4 on a two-year contract.

Radio Shack will also give you up to $100 credit for a trade-in of a previous iPhone model!

I have yet to hear of any UK outlets following this trend but this does kinda point to a September release being favoured over the lately rumoured October date – unless these stores have a humongous amount of Apple handsets to get shot of.

Would you snap up a bargain iPhone 4 if you were looking at an Apple phone or would you stump up the extra for the new model which is said to contain an A5 dual-core processor, 8 megapixel camera and possibly a 4-inch screen?

iPhone 5 should arrive with iOS 5 which will hand the next gen mobile with the iCloud service (prices just released) as well as an overhauled notification system, the ability to sync with Macs and PCs wirelessly, improved messaging, Twitter integration, and tabbed Safari browsing amongst others.