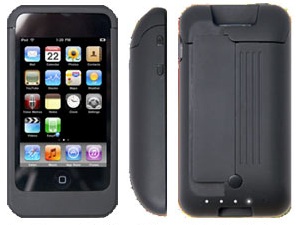 It’s looking even more likely that the iPhone 5 will come complete with NFC wireless payment smarts.

It has often been rumoured that the iPhone will be loaded with NFC (Near Field Communication) – this would allow the Apple smartphone to be swiped over readers to pay for goods and perhaps transport. Much in the same way London’s Oyster card works.

Today’s news snippet comes from MasterCard bossman, Ed McLaughlin when he was being interviewed last week.

Apple has already shown a keen interest in using NFC tech and has even introduced EasyPay systems in US Apple stores.

McLaughlin has added fuel to the fire by stating that he doesn’t know of a company that isn’t in the process of making their gadgets PayPass ready.

Without confirming nor denying Apple’s plans it is a safe bet that the Cupertino giant will be well on its way with wireless payments. Well, Apple already has its own secure and well established Apple ID and iTunes payment systems in place.

In Ed’s own cagey words: “Um, there are…like I say, [I don’t know of] any handset maker out there,” McLaughlin went on to underline “Now, when we have discussions with our partners, and they ask us not to disclose them, we don’t.”

The iPad 3 has been rumoured to pack NFC as has the iPhone 5 so it is looking all the more likely.

It has been predicted that 15% of all payments will be made using a mobile device next year!

With the iPhone 5 expected this summer it certainly wouldn’t hurt the march towards NFC payments being so widespread would it? 😉