iPhone 5 was Real According to Someone who Tested it 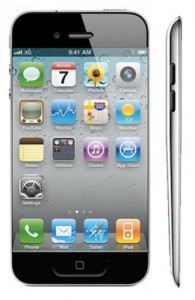 If, like me, you felt a little cheated when Apple released the iPhone 4S alone and without its much hyped and lusted over iPhone 5 stablemate then this will either rub you up the wrong way even more or, hopefully, feel less like you’ve been taken for a media ride up the garden path.

There’s recent word that the iPhone 5 was real and was almost released – this is according to a trusted industry source.

The story goes that Apple was all ready and raring to go with the unveiling of the hotly anticipated iPhone 5 but then, at the last minute, decided to go with the iPhone 4S instead.

This change of heart happened a mere three months before the phone’s official October launch. The knowledge is said to come from someone who actually spent a fortnight with the iPhone 5 prototype.

I take it that this mystery source enjoyed their time with the radically different iPhone with its wide edge-to-edge display, curved back and that elongated touch-sensitive home button.

I would like to think that Apple, for whatever reason, performed a nifty U-turn a matter of weeks before the launch and that we weren’t all victim of the grapevine’s rumour mill.

OK, so Siri is fun and the A5 processor combined with iOS 5 does make the 4S zip along nicely but weren’t you hoping for more?

More importantly, is that enough to hold back the new Windows Phone Mango and Google Android Ice Cream Sandwich blowers?