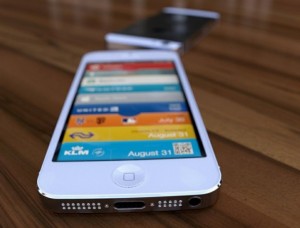 The latest Apple iPhone 5 & iPad Mini release date has it all set for September 21, according to sources – bringing the joyous day closer than previous reports that the devices will land in October.

Apple will announce the iPhone 5 and iPad Mini on September 12 and will subsequently release both devices nine days later on September 21, according to the grapevine.

Word has it that sources have confirmed the iPhone 5 release date as being September 21, while the iPad Mini is yet to receive one – but the same sources claim that the tiny tablet will launch at the same time as the next-gen handset. Well, they have already been spotted together.

Not content with that news, the ‘sources who have proven accurate in the past’, pushed the boat out with claims that a next-generation iPod Nano will be unveiled alongside the smartphone and tablet!

That could be too much Apple for one day, surely?

Just to bolster these audacious claims Wall Street Journal publication, AllThingsD, has also confirmed that it has received the same information from its own trusted sources.

The site claims that Apple is “currently planning an event” for the week of September 9, which it will use to unveil a string of new devices – including the iPhone 5.

Could this actually be true? Well, there’s a definite “yep” from Jim Dalrymple of trusted source of Apple info: The Loop.

Apple’s latest operating system, iOS 6, was unveiled back at the firm’s World Wide Developers Conference in early June, and this is what will be powering the next raft of Apple loveliness.