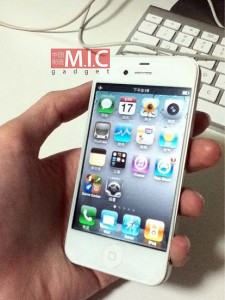 We couldn’t have Microsoft hogging the press now can we? Apple has been hassling certain members of the journalisticÂ persuasion byÂ telling them that they really should go to WWDC 2011 – could iPhone 4S actually be happening?

It has been reported that Appleâ€™s iPhone public relations department has been reaching out to selected British journalists in an effort to sweet-talk them into attending Appleâ€™s World Wide Developer Conference held from June 6th til the 10th.

Granted, they wouldn’t want an empty hall but all this effort could also mean that they want the press there to make ‘AAAaaaahhhh! noises as they reveal the latest iPhone.

I still maintain that the next gen phone will be a mild refresh just as the 3GS was to the 3G. The iPhone 4S may have a nippier A5 processor, HSPA+, a better rear camera and perhaps a 64GB slab of storage but, externally, everything will probably look like an iPhone 4 – it could even arrive in black AND white at the same time! Just think!

I might just be putting 2 and 2 together with the news that Apple has apparently ramped down production of the current iPhone in favour of a new run but, whatever is happening in June, it seems important enough to have Steve Jobs announcing that he’ll come off sick leave in order to deliver a keynote on the 7th.

Could we still be on for a November release?