iPhone 5S coming in August and already in production 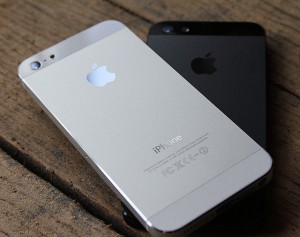 Apple fans will be interested to hear that the iPhone 5S has been penciled in for an August due date and that they’re already being built.

Word on the street is that Foxconn is ready to notch up a gear with their production of the iPhone 5S and that Japan’s largest network provider, NTT DoCoMo, has slowed down its ordering of Android phones which could point to it putting preparation in place to start offering the new iPhone.

This news nugget falls nicely in line with iMore’s Rene Ritchie confirming that Apple’s latest smartphone would arrive in the summertime. A little bit easier to swallow than the earlier rumours.

The iPhone 5S is expected to come with the same design as the iPhone 5 which was launched last year, but the new model will pack updated internals which will include a new processor and more memory.

The camera on the iPhone 5S is expected to get a significant update over the iPhone 5, although nothing specific has been uttered yet.

So, what about the iPhone Math and iWatch? Are you still holding out for the next Apple handset to be the iPhone 6 as previously suggested by developers?