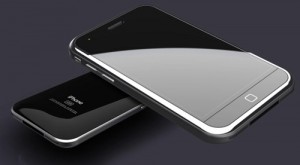 Could Steve Jobs leaving Apple all be part of the iPhone 5 master-plan? I think so.

Thus far the next gen iPhone has been nothing but a hopeful and beautiful dream but now iSteve is handing over the wheel to Tim Cook this seems like the best time to slip out some much lusted over tech.

It’s a given that Apple shares will see a bit of a wobble after SJ’s announcement and the best thing to get everything back as it should be would be to out a new iPhone – or perhaps two.

A report from the Wall Street Journal has pointed towards an October release as three of America’s big four mobile operators will be selling the iPhone 5 from mid-October. On top of that Apple has secured a huge advertising campaign due to launch mid-October.

Time to start saving up your pocket money people!