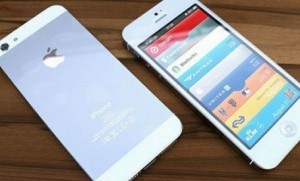 The iPhone 5 is expected to be unveiled at a special Apple event on September 12th with it appearing in stores a few weeks after. Now there’s word that it will go on pre-order as soon as it’s announced!

Word on the web is that Apple will be putting the iPhone 5 up for pre-order on September 12th with the US release penciled in 9 days later, on September 21st.

International markets may have to wait until October 5th to get their sticky mits on the new iPhone.

When the iPhone 4S was announced on October 4th last year, it was available for pre-order a few days later, on October 7th.

This year it is rumoured that the announcement will precede the instant switching on of the pre-order area on the Apple Store website.

Apple is said to be rolling out their new, smaller Dock connector out across their full range of iOS devices starting with the iPhone 5. It is also expected to squirt out a new iPod and iPad mini.

iOS 6 also has revealed that the standard YouTube app has been given the boot as has Google Maps.

The new iPhone 5 will have a thinner screen which will have a widescreen-loving aspect ratio which will banish the black bands when watching videos and will also allow for more icons on the homescreen.

As well as the smaller dock, the iPhone is said to be equipped with the new Nano-SIM.